Mental Health information must be shared to help prevent suicides

National charity PAPYRUS Prevention of Young suicide welcomes today’s announcement that the Welsh Government is to take urgent action to ensure mental health information is shared in the best interests of people presenting with suicidality.

Speaking at the National Suicide Prevention conference in Cardiff, Welsh Government Minister Vaughan Gething confirmed that these recommendations by the UK Department of Health, Royal Colleges and other partners have been accepted. He acknowledged the campaign by PAPYRUS to encourage chief executives of NHS bodies to provide assurance that they will support staff who make a best-interest decision to break confidentiality in order to save young lives.

Kate Heneghan, PAPYRUS Head of Wales: “We welcome the Minister’s words. We are particularly pleased that the Welsh Government has accepted the recommendations of the Welsh Assembly around information sharing and highlighted our campaigning on this matter as a positive contribution.”

This time last year PAPYRUS, wrote to every Health Board Chief Executive in Wales urging them to encourage their staff to share patient information with family and other organisations, particularly a young person’s school, when they are vulnerable to self-harm or suicide.

“We are aware of many families who firmly believe that, had they been informed of their son’s or daughter’s suicidality, information known to have been shared with their GP or mental health team, they would be alive today.” said Kate Heneghan.

“It is also gratifying that Swansea and Cardiff Universities have adopted the Suicide-Safer Universities guide, published by PAPYRUS and Universities UK (UUK), to help university leaders understand student suicide, mitigate risk, intervene when necessary and respond to tragic deaths should they occur.” 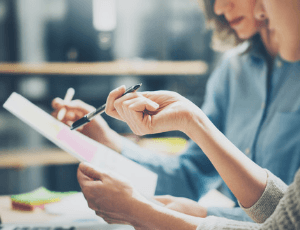