This piece is taken from our 2019-20 Annual Review, which you can download, here.

Following treatment for advanced ovarian cancer George had already planned to walk the 500 mile Camino Frances in 2019. After her daughter Sophie’s death on 19th December 2018, she felt that the pilgrimage would be a vital part of her mourning process. George, her brother Billy, and her friend Marian set the start date for May 18th, from St Jean Pied de Port in the French Pyrenees. Here she tells her story.

After two initial and gruelling days of uphill in cold and wet conditions we crossed into Spain, and faced the remaining 485 miles to Santiago de Compostella. Over the next few weeks Marian and I walked westwards through a variety of landscapes, joined by Billy, and friends Sara and Jan for different sections. We averaged around 25 km each day. The weather was generally kind to us, warm and dry; however, one weekend was particularly hot and challenging. Large beers were essential!

During our 34 days we met wonderful people, some of whom have become friends for life. Others, we shall remember with fondness. Accommodation varied between dormitories in albergues and simple hotels. Food ranged from tasty to downright inedible! My emotions were equally varied, from desolation to euphoria.

To cut a long story short, two of our Camino highlights were the climb from Pamplona to Alto de Perdon where we freed some of Sophie’s ashes amongst the pilgrim sculptures; and much later in the journey, the pretty mountain village of O’Cebreiro in Galicia. Here I broke with tradition and attended the most beautiful pilgrim’s mass. 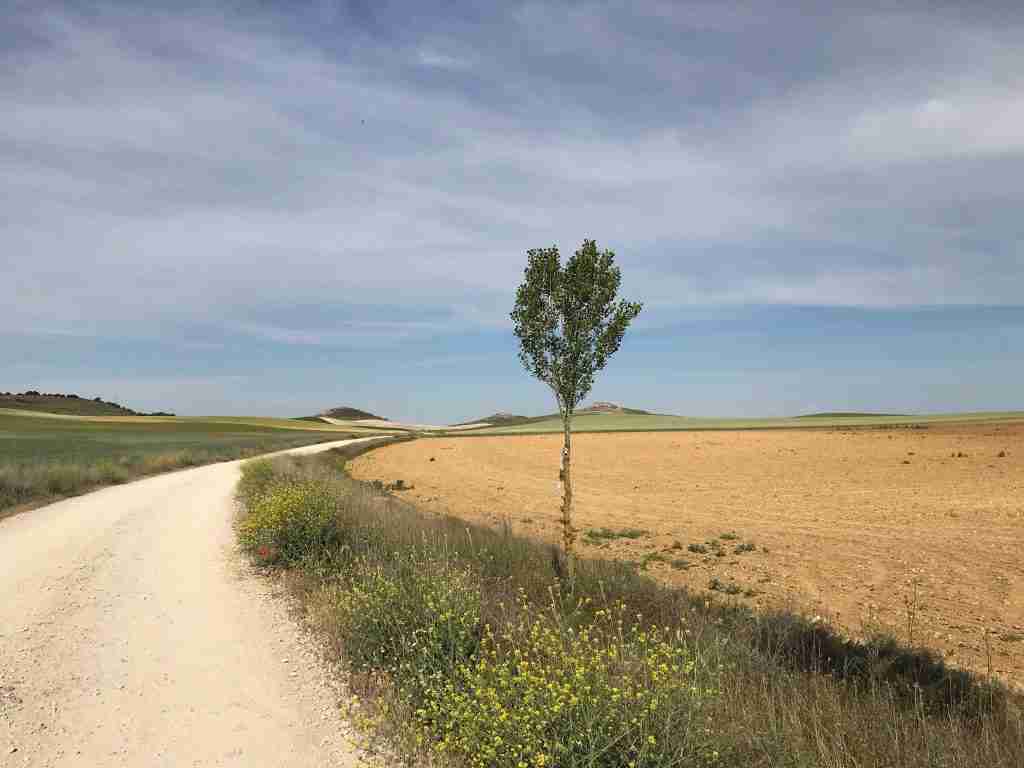 The opposite could be said of the town of Najera in Rioja. The combination of poor accommodation, unfriendly people, truly dreadful food, and a snoring Austrian will remain amongst our worst memories. Najera became our swear word of the Camino! “Oh, Najera!!”

Generally, Marian and I walked apart, each lost in our own thoughts. For me, I have received nothing but kindness since my diagnosis and especially since Sophie’s death. That thoughtfulness involved constantly chatting with friends. The Camino offered a different solace. It allowed me to be in my own world with my Sophie. It allowed me five weeks of solitude; five weeks of coming to terms with my grief; as well as five weeks where I totally forgot I had cancer. (As I am writing this I am in enforced solitude aka isolation from Coronavirus.)

Incidentally the one day that Marian and I did walk together we chatted so much that we missed a signpost and walked deep into the wrong valley, turning what would be a big climb into a huge climb. Muppetry!

I was our unofficial ‘Camino photographer’. Along the way I recorded the scenery and also made memories of some of the old doors we passed, be they humble or ornate. They were barn doors, church and cathedral doors, cottage and albergue doors. I found them fascinating and beautiful.

Initially I took the photos for my own interest. By the end of the walk my decision was made. I would mount and frame ‘The Doors of the Camino’ for the staff at PAPYRUS, in gratitude for the support I have received.

I hadn’t initially planned on raising money for doing something I intended to do anyway, however Sophie’s father, Andy, suggested I set up a Just Giving page, and write a blog of my journey.

And so it was!

On returning home, two very close friends suggested I made calendars of the said doors to raise money for PAPYRUS and awareness of the charity’s invaluable work. Incidentally those two friends became instrumental in the design, production, and marketing of the calendars and posters. I am indebted to their talents and kindness, as well as to the numerous outlets in Cumbria and Northumberland that sold calendars on behalf of PAPYRUS.

The calendar sales were a huge focus for me during the autumn months. The timing was excellent as the products made perfect stocking fillers for Christmas. Crucially, the sales also generated conversations and interest. The business allowed me to reflect upon my Camino journey.

The process also allowed me to experience something positive following Sophie’s death. I know the pain will never subside, but I have achieved something in Sophie’s memory, and I know she would be touched and proud. 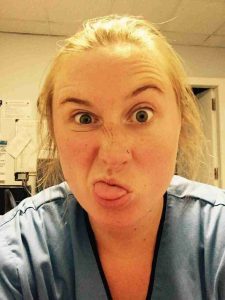 George’s Doors of El Camino Calendar raised over £15,000 for PAPYRUS.