To mark the end of Birmingham Selfridges’ marvellous month of movember, their menswear floor went purple in support of PAPYRUS.  Over 40 menswear team members took part, wearing the purple t-shirt in an effort to bring attention to the subject as well as encourage customers and team to be curious.

Toni and Jessica from the Fundraising Team at PAPYRUS spent the day at Selfridges in The Bullring, helping staff to start the conversation around suicide. Team members shared their experiences around this difficult topic, being able to have open & honest conversations. 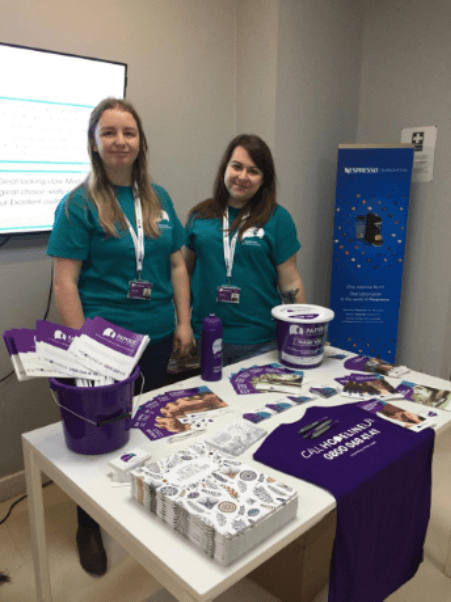 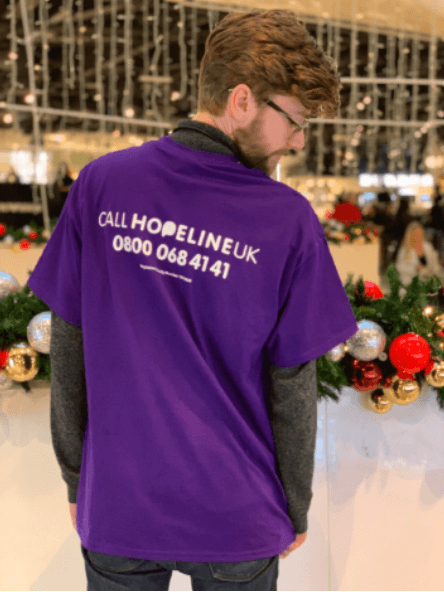 “We had an amazing day in Selfridges – seeing the support and passion from the staff there was inspirational.  We had many members of staff approach us to chat about their personal connections with suicide, as well as wanting to get more involved and support the work of PAPYRUS.  We want to thank Selfridges wholeheartedly, for their bravery and compassion.  Starting the conversation around suicide can seem daunting, but it is essential in helping us to #SmashTheStigma” said Toni, Fundraising Officer for PAPYRUS.