We are delighted that Alisha Cowie, the reigning Miss England, is an official Ambassador for PAPYRUS. Alisha visited PAPYRUS HQ in February to learn all about the work that we do here – from our life-saving HOPELINEUK service, to our community projects, fundraising efforts and training.

As glamorous and confident as she appears to be, what may be less known is that Alisha has a very personal reason for wanting to be involved with PAPYRUS. She unfortunately lost a close friend to suicide when she was 14 and feels that no-one ever addressed this properly. As a result, Alisha has raised invaluable awareness of PAPYRUS among her wide-reaching network. This year Alisha will be hosting a HOPEWALK for PAPYRUS as well as many other fundraising and awareness raising activities, including a Tough Mudder with her partner Joe. 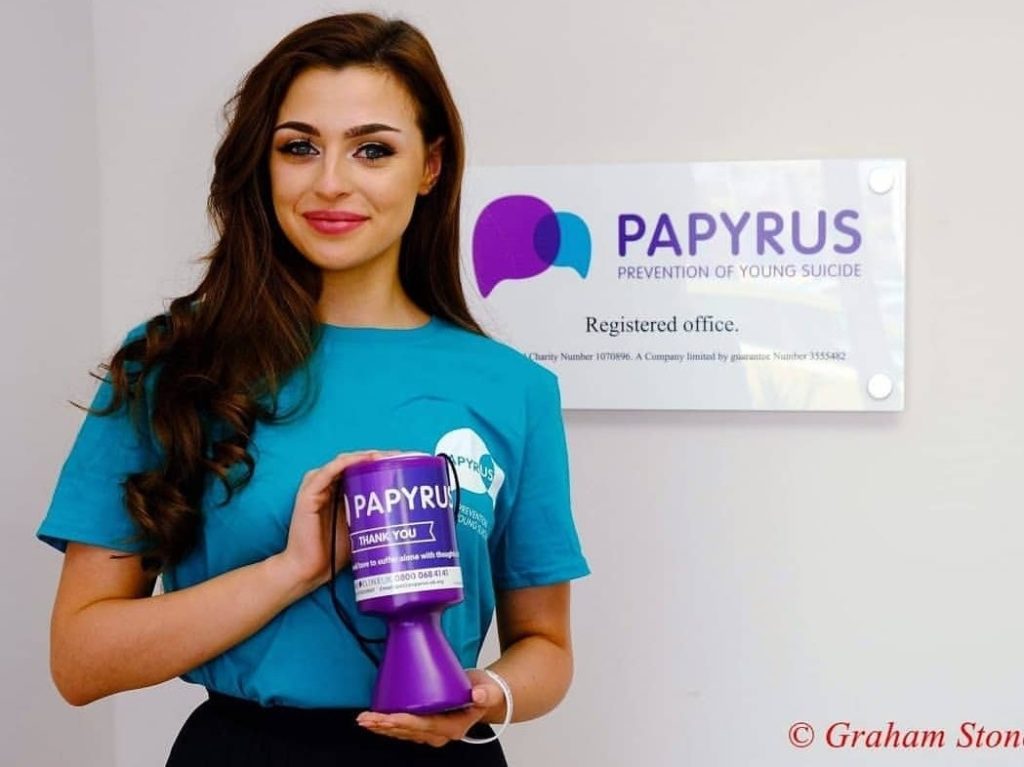 Alisha’s wonderful work has resulted in over 50 Miss England 2019 contestants coming forward to fundraise for PAPYRUS! They have raised over a staggering £20,000! This is incredible amount could help pay for almost 4000 life-saving calls, texts or emails to HOPELINEUK.

PAPYRUS has also been featured across the Miss England social media channels (you can follow them on twitter here: @MissEnglandNews) which has been an amazing opportunity to spread awareness of our work to an entirely new network.

There has also been a huge media buzz from these powerful young people. Taleah Hyland has spoken about her experiences on BBC Derbyshire, Lizzie Spyrou gave an intimate account of her personal journey on BBC Three Counties, which was warmly received, and Eleanor Farr shared her own inspiring journey to the final after overcoming the challenges posed by rheumatoid arthritis.

PAPYRUS has been incredibly fortunate to meet the wonderful Claire Bell, Becca Pendleton, Deborah Oyawoye, and Holly Moore at our Warrington office. We’ve also been to the West Midlands and South East semi-finals. Everyone we spoke to was amazing, lovely and incredible. Everyone was so keen to tell us about the amazing experiences they had had fundraising and the incredible people they had met. 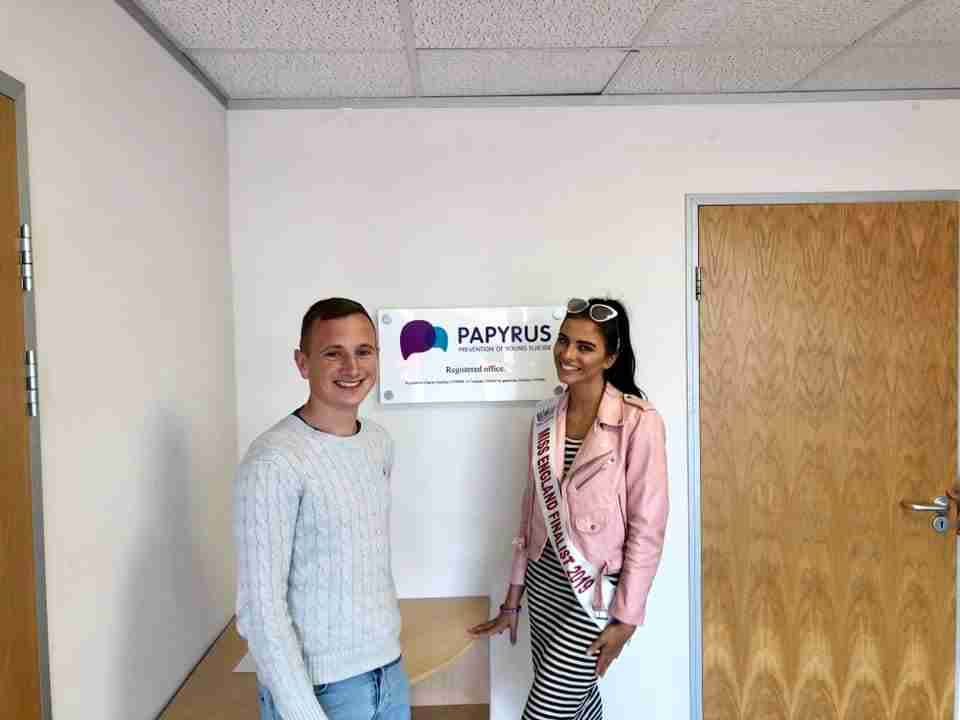 However, the incredible contestant’s promotion of PAPYRUS will not stop once the new Miss England is crowned. Many want to follow in Alisha’s footsteps and spread the word that support is out there for young people struggling with thoughts of suicide.

Everyone here at PAPYRUS would love to extend their gratitude and good luck to all of the 2019 Miss England finalists and an extra thank you to Alisha for choosing to support PAPYRUS.