This is a guest blog from PAPYRUS supporter Jessica, who lost her sister Hayley to suicide in 2019.

5th December 2019. It started out like any other normal day. I went to work, I ate my lunch, I picked my daughter up, went home. Nothing of significance whatsoever. The entirely ordinary day turned out to be absolutely anything but. By 7pm that night my life had been flipped upside down and would never be the same again.

I found out not long after 5pm that my sister, Hayley, had taken her own life. She was 23 years old. No age at all. A whole life ahead of her.

The word “suicide” is something I’d never really given much thought to. I knew it happened, but as naïve as it seems now, I thought it was someone else’s problem. It will never happen to us, we will never be so directly effected by suicide. Now, it’s become a word that’s taken over every thought I ever have, always lingering in the back of my mind.

That’s why I wanted to fundraise for PAPYRUS. So far, I’ve managed to raise £1350 for a charity that in my eyes, are doing the most invaluable work. Suicide is not something that’s going to go away overnight. We need to raise awareness, we need to have those discussions. Of course it’s uncomfortable, of course it’s difficult to listen to – but if we don’t listen, who will? PAPYRUS are quite simply saving lives. How could there be a cause more worthy or important than that?

Suicide was just a word to me before I lost my sister, the data just meaningless statistics that didn’t effect me personally. Now, I realise that those statistics represent people. People who had lives, families, homes, belongings and possessions. People who died a very avoidable death. My sister is one of them and I will keep going, I’ll keep sharing, I’ll keep discussing, I’ll keep raising awareness, I’ll keep fundraising – because if it saves just one person, helps just one person realise there’s a life beyond their suicidal thoughts, then absolutely nothing else matters. 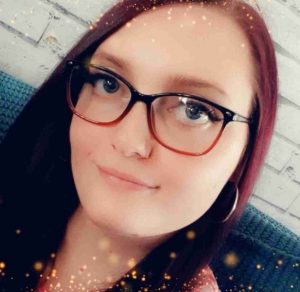