Refugees and those seeking asylum in the UK are five times more likely to have mental health needs than the general UK population. Mental ill health can be exacerbated by anxieties around money, housing, accessing education, social support, and the fear of deportation and discrimination.

Asylum Aid is a charity providing free legal advice and representation to refugees and asylum-seekers seeking safety in the UK from persecution. They also campaign for the fair treatment of refugees in the UK.

The British Red Cross helps anyone, anywhere in the UK and around the world, get the support they need if crisis strikes.

Care4Calais is a volunteer-run refugee charity working with refugees in the UK, France and Belgium.

Citizens Advice helps people resolve their money, legal and other problems by providing information and advice, and by influencing policymakers.

NACCOM is a national network of over 140 frontline organisations and charities across the UK, working together to end destitution amongst people seeking asylum, refugees and other migrants who aren’t able to access to public funds because of their immigration status.

Refugee Action helps people who’ve survived some of the world’s worst regimes. We get them the basic support they need to live again with dignity. Then we help them build safe, happy and productive lives in the UK. 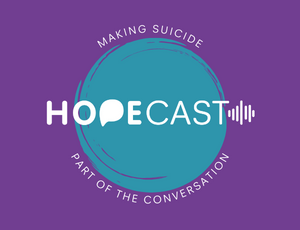 Our latest episode of HOPECAST with Dane Buckley is now live on Spotify. Listen below: