National charity PAPYRUS Prevention of Young Suicide says we must not forget the girls.

Today’s release by the Office of National Statistics states: ‘Despite having a low number of deaths overall, rates among the under 25s have increased in recent years, particularly 10 to 24 year-old females where the rate has increased significantly since 2012 to its highest level with 3.3 deaths per 100,000 females in 2018.’

“Every day, amid hundreds of contacts from men and caregivers to our own HOPELINEUK service, PAPYRUS hears from girls and young women who are finding life too difficult to bear just now. Many are at the point of suicide when they contact us. Many have little hope until they speak to PAPYRUS.

“We must renew our efforts in this country to do all we can to intervene and stop preventable deaths among young men and women. Listening is good but we often need to offer more. Practical advice and safety planning are important. We can also engage emergency help to people in distress. This means sharing information to keep people suicide-safe.

“PAPYRUS continues to be committed to give practical advice to parents and others who are concerned about young women and men who are having thoughts of suicide. This often involves engaging emergency services to get to a person quickly. We make no apology for this.

“If we continue to collude with the silence that surrounds suicide, then I fear more young women and men will consider suicide. This is a national tragedy which needs to stop and now.

“Don’t forget the girls. Open a conversation with the young women you know and talk about suicide. That may help to save a life.”

For a summary of the 2018 data on suicide in the UK, see the ONS website here. 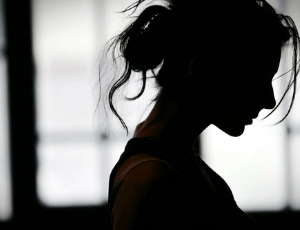