I took up running a few years ago to find some headspace and lose some weight. As often happens, 10K runs turned into half marathons, and then into marathons. After bringing my marathon Personal Best time down, I thought I could use my fitness for a better aim. I asked my mum if there was a particular charity that she wanted me to run for, based on our family experience of suicide. She chose PAPYRUS, and when I checked out their website I knew she had made a good choice. My work as a psychiatrist is so often focused on suicide prevention too, and I could see the interventions that they offer are invaluable.

I wanted to convince as many people to donate as possible so I went over the top with my challenge – four marathons and then three ultramarathons within 14 weeks. 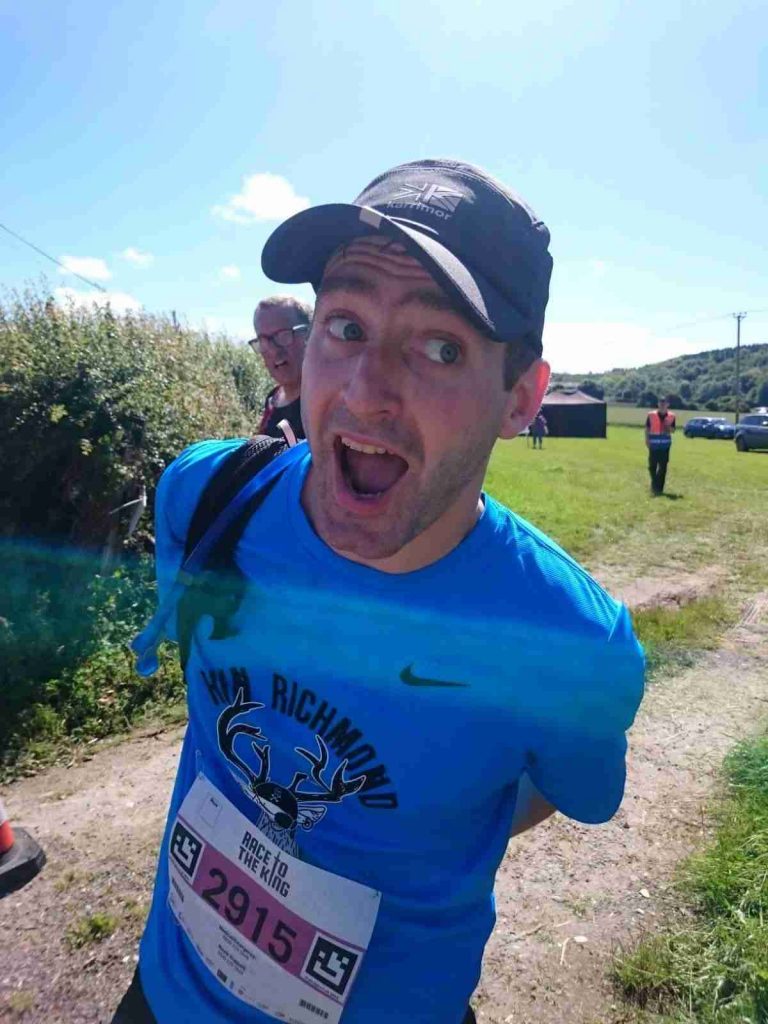 I already had a good idea of what the marathon distances had in store for me, but had to adjust quickly to running them in quick succession. Brighton, just one week after Manchester (where I’d run a personal best of 3:05), hit me hard in the last 5 miles because I picked a target time that was just five minutes too quick. I was aiming at 3:15, but finished in 3:21, feeling awful. What was a fun, gentle tour of the seaside had quickly become my wife wrapping me in a space blanket and stretching out cramp. I also had to learn how to balance recovering, training and resting before the next big race. The last two marathons in Milton Keynes and Liverpool were much more cautiously paced (3:27 and 3:26) and felt much easier.

And then on to the ultras – the Threshold Trail Series. Three races (Race to the Tower, Race to the King and Race to the Stones) covering 53, 54 and 62 miles across the Cotswold Way, South Downs Way and Ridgeway respectively. Running speed drops precipitously and there is a very different set of challenges. Coping with uneven trails, mud, running with a backpack, thousands of feet of hilly elevation, the heat, dehydration and exhaustion. I seemed to survive the first one in just under twelve hours, albeit with quite a bit more aching the day after than I’m used to, so I pushed myself harder in the second one. Ten and a half hours later I had given it all I had and needed a short spell in the medical tent to get my strength back. By the last one, I just wanted to finish safely with my £5000 target for donations in the bank, and enjoyed the experience (and the blisters) in twelve and a half hours. 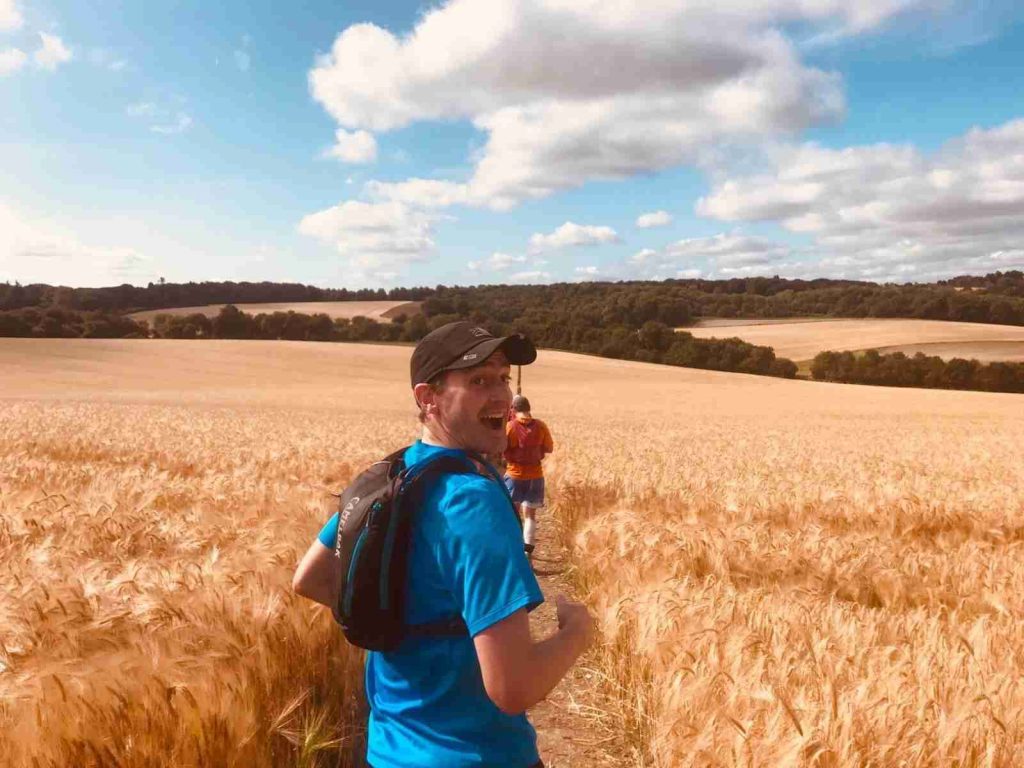 The views were amazing, the company was remarkable, and the support was unbeatable. I have so many good memories from these races, and have learnt so much about physical and mental endurance, both strictly applied to running, and to life itself. There were many tough, tough moments, but the fact that they were painful or difficult didn’t make them aversive. They were challenges that were really edifying to overcome.

Thank you to everyone who donated, to my family, clubmates, and to PAPYRUS for all your kindness and care. I hope the money makes a difference. Give me a chance to jog out these aches and I’ll be back out there for you soon.