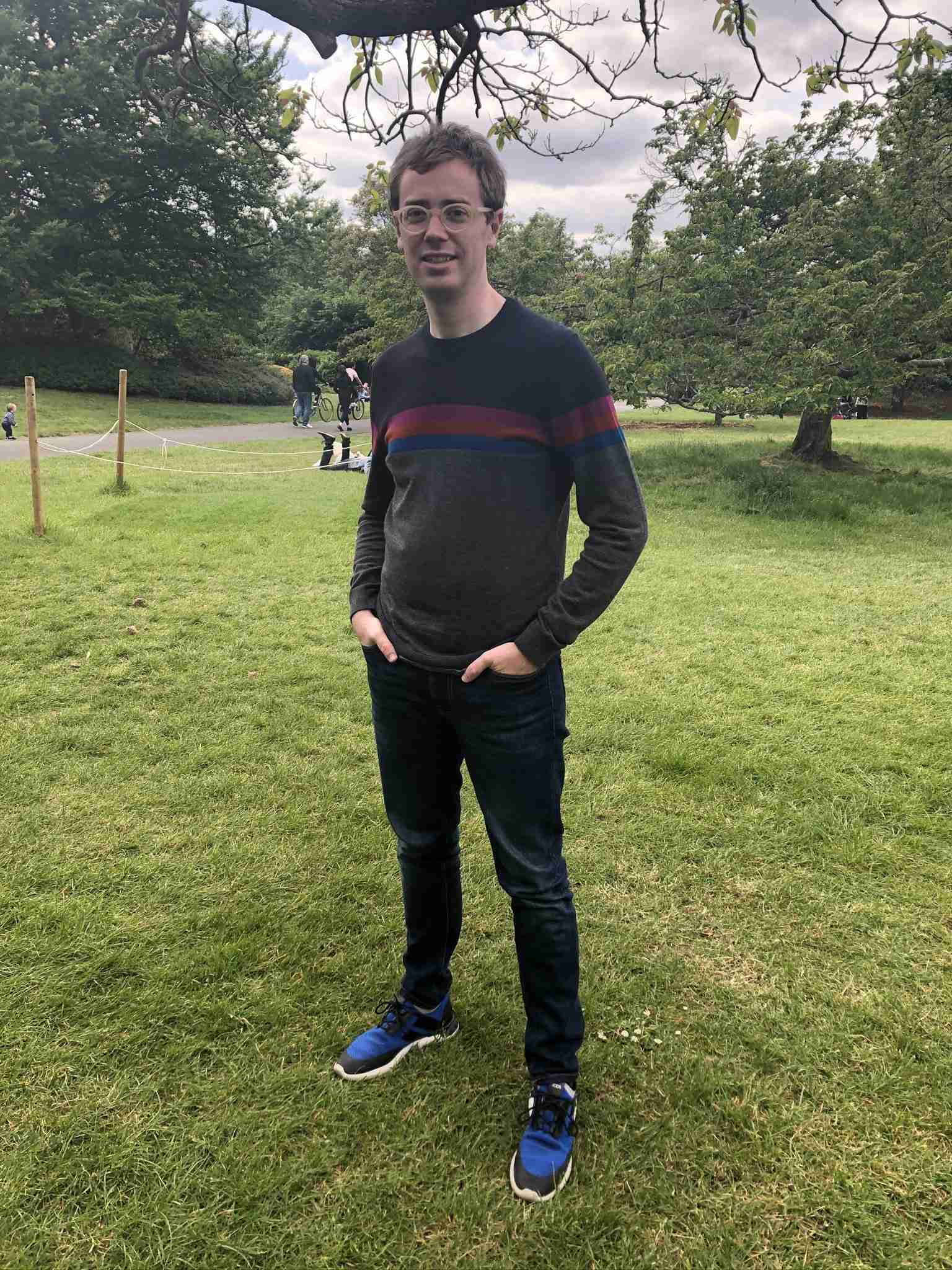 This is a guest post from one of our autistic volunteers, Alex, who talks about how depression and addiction resulted in thoughts and feelings of suicide. He was saved by his own resilience and determination and the support of his family.

I have high-functioning autism, but I have also suffered a chemical imbalance in my brain all my life. I had impulsive reactions. I would blurt out spiteful comments, I couldn’t sleep properly and I was prone to sudden meltdowns, which would last for days. I’d feel such remorse, guilt and complete embarrassment. The cycle repeated itself as I went from my teens into my twenties.

My last two years of school were a challenge, and the stress of coping led to my first mental breakdown in September 2011, when I was just 18. I believe I had what’s known as ‘autistic burnout’, caused by trying so hard to prove myself and fit in at school. My school assumed it was a sleeping problem; the doctor couldn’t find a diagnosis and prescribed medication that was never right for me.

My behaviour got worse to the point of destroying whatever was in my sight and berating everyone around me. I couldn’t cope anymore, so I dropped out of school the following June. Once I left school, I started travelling the world, seeing some amazing new places; but in between, I wasted time at home, bouncing between work experience placements that didn’t feel right.

I felt I had no direction in life, and started to fester in my bedroom more often, dodging questions about my future, saying that I wasn’t good enough for anything.

In 2017, the mental pain started, dulling everything, swinging the emotional pendulum over to extremes and pushing me towards another breakdown. I tried to cover it up, but I couldn’t hide the raging meltdowns that were becoming more and more frequent.

Suicidal thoughts crept in, and I had lucid dreams every night about ways and means of ending my life – I thought I wouldn’t live beyond 25. I was starting to self-harm and abuse alcohol; my consumption building every day.

I had another meltdown that summer while on holiday in Switzerland, and, after several hours of isolating myself, spiraling downwards and screaming until my throat was raw, I had no choice but to confess. I came clean to my family and told them about my thoughts of suicide.

Watching the look on my mum’s face change from concern to one of terror, and feeling her crying on my shoulder was painful. My biggest supporter was showing cracks in her armour, knowing I was suffering as much as I was.

We both agreed I needed help and she made that our top priority.

After days of phone calls, research and pleading, my mum got me an appointment with a psychiatrist who had experience of patients with autism. He diagnosed severe depression and despite openly talking about what was going on in my head, I kept the alcohol addiction and self-harming – which had continued – to myself.

I was prescribed a low dose of antidepressant and chose to ignore the advice that I shouldn’t mix it with alcohol. By this point, cocktails had become water glasses full of vodka, and I was relying on drinking to cope. Of course, with every mouthful of alcohol, the effects of the anti-depressant were being wiped away.

I started turning up late to my weekly psychiatrist and CBT sessions, fidgeting uncontrollably, as the hyperactivity in my brain translated to my body language, and my progress in these sessions stalled.

With my family around me, I agreed to go to the hospital. The grip the illness had on me at this point was unbearable – I felt so strongly that the world would be much better without me but, perhaps more so, I’d be better off without the world.

Moments after I checked into my allocated room at the hospital, I broke down and cried hysterically; 12 months of intense pain, anxiety, self-hatred, suicidal thoughts and hopelessness poured out. I ran into my mum’s arms, begging her not to leave me.

Sometimes, it takes a vicious gut punch to get yourself back on track – that was certainly mine. With my family around me, I left the hospital after only an hour and from that moment on, I was committed to change. I made vows to cut out alcohol forever and never self-harm again.

For the first time, I felt optimistic about my future. Smiling, sharing a hug and making a delicious healthy meal all felt incredible – like I’d never done them before. My sister introduced me to boxing classes which I still do regularly, and I have also started running twice a week. Fitness has played a huge role in my recovery, as has eating well and structuring my day around positive activities.

The following Christmas – one I thought I’d never see – was the first time I hadn’t had a meltdown. I was on top of my medication, I was focusing on positive thoughts and my family had their brother and son back, healthier and happier than ever.

Having a second chance at life means more than words could ever say. I was finally allowing the medication to sort out the chemical imbalance that had been eating away at me for so long, my attitude had changed drastically towards a much more positive way of living. If I hadn’t had that reality check at the hospital, I would not be alive today and I am so grateful to my family for standing by me, even at my lowest point.

I am now three years sober, have a great network of friends and I have finished a two-year contract at work. Meltdowns have been almost eradicated and although frustrations creep in occasionally, I’m in a much better position to react to these situations and adapt my thinking. What I would say to anyone going through a similar illness is find someone to confide in and say exactly how you feel before your situation gets any worse. Do not hold anything back.

No matter how low you feel, you have to brave the storm and keep fighting hard to get through each day, because you will feel better. I have learned to love and accept myself for who I am. And – most importantly – keep smiling.