Partaking in this workshop has opened my eyes to how prevalent suicide in the UK is. Before this workshop I was uncertain that intervention could be so helpful and crucial in aiding someone who wants to end their life. Honestly one of the most valuable things I’ve completed in my life and I hope the skills stay with me throughout my life.

What happens at ASIST?

Who should attend ASIST?

ASIST is for everyone (over the age of 16). PAPYRUS aims to train as many varied professionals and members of the community including; natural helpers and advisers, emergency service workers, counsellors, teachers, ministers, mental health staff, workers in health, welfare and justice, parents/relatives and community volunteers.

How does ASIST help prevent suicide?

As an ASIST trained first aid intervention caregiver, you will be better able to:

Having completed ASIST, feedback from participants is as follows*:

99% said that they would now ask someone directly if he/she were thinking about suicide, if their words/actions suggested that they might be at risk.

99% said that they would do a suicide intervention if someone told them he/she were thinking of suicide.

99% of ASIST participants said that they now felt prepared to help a person at risk of suicide. 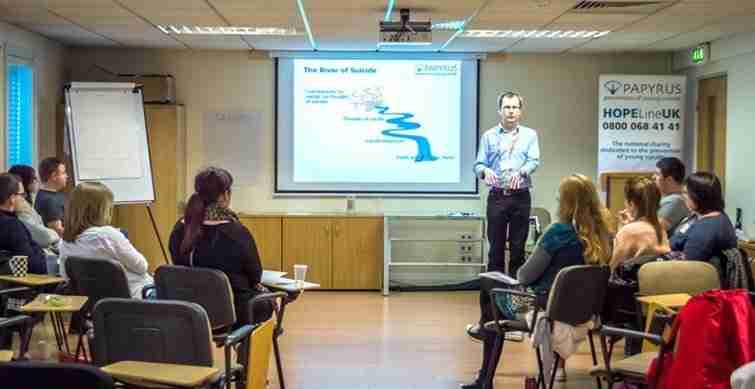